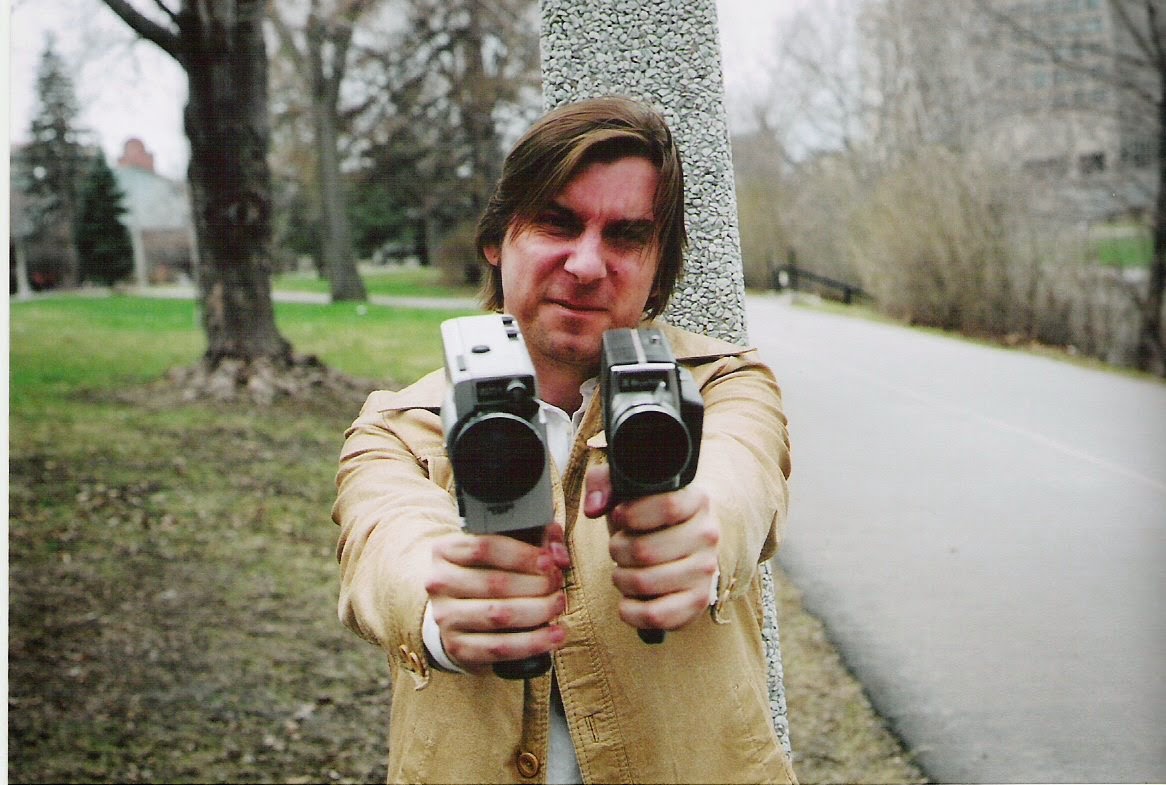 Alright, I guess introductions are in place, and why not get it straight from the horse's mouth?

I'm just gonna jump right in as there's a million half questions I'd want to ask and if I don't, I'll just start gushing. Every single movie you've ever released has a title I wish I'd come up with. They remind me of the movies Ben Katz would rent in Dr. Katz: Professional Therapist. How important are titles to your flicks?

Titles are super important for me, they help me get inspired and they help an audience and distributors to grasp what i'm up to without much explanation. When you hear "Jurassic Shark" or "My Fair Zombie", you know what you are getting. I have some in mind that would blow your mind.

Will we ever see the Spacemen and Go-Go Girls learn more Holiday lessons? Perhaps they can teach us the true meaning of Kwanzaa?

I think that Spaceship has sailed, but that is a fun flick with some good comedy gags.

Low budget film making tends to lead to being super creative, especially if you got the big ideas your films tend to. So, naturally, you gotta cheat to put it on the screen. Of all your films, which is your favorite?

Tough question. I think Spyfall and My Fair Zombie are a lot of fun and people have laughed their heads off while watching them, which I love. Pop Cinema has them at www.alternativecinema.comand amazon of course has them too. I like them a lot.

You've worked with Joe Estevez! Do you have any good Joe Estevez stories?

Joe was a great guy to work with. People may or may not know that he is Martin Sheen's brother.  We filmed that movie, Iron Soldier, at an underground bunker. At one point, when Joe was getting his make-up on, he made the joke "I'm getting the "sheen" off my face". That got a big laugh. My sound guy followed up with "Good thing we are in a bomb shelter." Great time, he was a pleasure to work with.

Okay, you were in a Lifetime movie! Her Perfect Spouse! It was a bit part, I know, but I gotta know if there is a certain feeling or anything on the set when you're making something for the Lifetime machine.

That was a LONG time ago when i was trying to make a buck. I think I played a uniform cop. It was a lot of waiting around doing nothing. Thanks for the cheque though.

I see you're in Kissproof World, which is a movie I've been wanting to check out. It's based on Jane Wiedlin's album right? What was that experience like?

I did a cameo as a favor to the director. He wooed me by saying I would be in a scene where I would get murdered by 100 girls. Sounded good to me. In the end it was three girls in the pouring rain. I got soaked and there was no coffee on set.

The director has sadly passed away. He was a nice guy.

How does a gig usually come your way?

Blood, sweat and tears. I'm always pitching ideas around and seeing what sticks. I have a million ideas and I work like a dog to try to make them.

I am a Cannon Films Junkie, so I ask everyone this: what do you think makes the perfect action scene?

Some slow motion, an explosion and squibs.

And now the question on everyone's mind: who do you think played thor better? You or Chris Hemsworth. Be honest.

Oh my... That kid Hemsworth is going places. I played the disembodied head of Thor in "Thunderstorm: The Return of Thor" because the other guy didn't show up. [Laughs]

Finally, is there anything you want to ask me?

Thanks for the interview. I'm pimping Skipper Smith at the moment so I hope your readers take a moment to support the project. Thanks again!
Posted by AJ at 12:00 AM